One of the many doubts people have about WhatsApp is its security for video calls. Digital security is a highly sensitive affair. As a messaging app, a lot of digital activities can be carried out on WhatsApp. Some of these include texting, video-calling, advertising and eCommerce and so on. We trust WhatsApp to keep private, the security of these data from third parties.

However, we must be aware that WhatsApp is not invulnerable as you’d like to imagine. In this article, we will address the privacy issues of one of the widely used messaging app. You will also find out why you should be more concerned about sharing sensitive data through the platform.

Can my WhatsApp Video Call be Spied on?

The date, timestamps as well as the phone numbers of the sender and receiver, or video call participants are still exposed to WhatsApp. According to WhatsApp privacy policy, they retain the right to record this information and hand it to the government.

So, your video call may be monitored by the very app that should keep it away from such. This structural flaw in the design and privacy policy may not cause you a threat on a day-to-day basis. They however underline the reason why you should be more mindful of the kind of data you share across the network.

The introduction of this security feature in 2016, lightened the face of many users. People also became more confident in the safety of their messages and data on the platform. End-to-end encryption ensures that no one knows the content of the conversation, including WhatsApp itself. However, WhatsApp also has other security flaws which you should be are of.

For instance, the recipient of a WhatsApp message can flag it. Once this happens, the message is then copied on the recipient’s device and forwarded as a separate message to Facebook. These WhatsApp-Facebook dynamics is what many users have frowned at.

Other privacy flaws you should know about as a user include:

Known as pen-register orders, these requests are confidential to public notice. The courts seal both the number of orders and the number of requests granted. Since these pen orders and their results are sealed, it is impossible to know which metadata Facebook has leaked.

Facebook calls this data Prospective Message Pairs (PMPs). Unable to ascertain the content of these PMPs, you can know for sure it’s very important to law enforcement. In 2018, a former Treasury Department official was convicted of leaking banking reports to Buzzfeed. These confidential reports were leaked via WhatsApp.

It was estimated that about 70 messages were exchanged with a BuzzFeed reporter. This turned out to erode WhatsApp’s reputation. It also raised concerns and still does about the privacy situation of the messaging app.

The setup is malicious. You can deny them access but WhatsApp won’t show you the names of your message threads. You will also be prevented from making calls as well as starting group messages. If you allow access to your contacts, WhatsApp can read everyone’s information like your therapist’s and fiancee.

It is important to note that this hasn’t been settled as legal under the EU’s Data Protection Regulation. This forbids you to share a user’s data without consent. Say you have a contact of a non-WhatsApp user, their detail is shared with WhatsApp without their consent.

This important feature not supported on WhatsApp has made the messaging app even more questionable. Locking people off the platform’s design hasn’t helped in privacy-based recommendations.

So, with the security and privacy flaws pointed out above, is WhatsApp video call safe? WhatsApp is sometimes an annoying platform. The company’s implementation of end-to-end encryption is no doubt, an upside. However, there are many WhatsApp security concerns.

One primary issue is that being under Facebook, it is subjected to the same privacy dangers of the parent company. You should also be aware that even though your video call is encrypted, it is not completely safe from a hack. Also, WhatsApp can hand out such data to authorities that demand them. 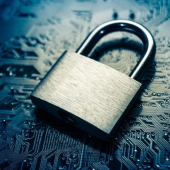 Does HTTPS Work Without a Certificate? A Simple Answer

What Are the Risks of Online Gaming?

Can Phones Get Viruses From Websites?